If a rapid change in air pressure occurs from something like a strong line of storms, it will cause water to be displaced, creating waves at sea. As they move into shallower water, it can become much larger, and is called a meteotsunami. 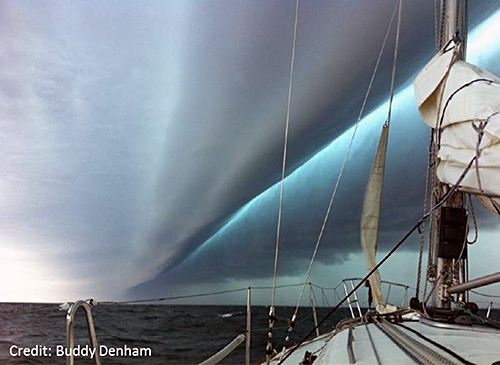 Most meteotsunamis are small and go unnoticed, never causing large waves at shore. But there are some that will become bigger and more damaging.

For example, in 2013, six foot waves swept three people off a jetty in Barnegat Inlet, New Jersey (all three survived).

Other examples include a meteotsunami in Boothbay Harbor, Maine, when 12-foot waves emptied and flooded the harbor multiple times in just 15 minutes, damaging numerous boats.

In 1992, large waves crashed ashore in Florida and destroyed over 100 cars and injured 75 people. It came hours before July 4 festivities, narrowly avoiding a catastrophe.